The Seal of God 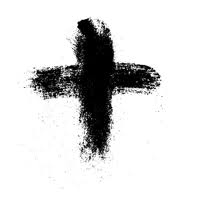 I recently came across another rather striking "coincidence" in which a private revelation identifies the turn of the millennium as the time period for the implementation of the mark of the Beast. It can be found in messages allegedly received by Nigerian seer Barnabas Nwoye during an ecstatic vision of Christ in 1999. Nwoye's messages have been granted a nihil obstat - meaning that they do not contain anything contrary to the Catholic faith or morals, and is currently being investigated by a Theological Commission. So discernment is of course advised for any messages that have yet to be granted full recognition by the Church (see the earlier post Discerning Apparitions and Private Revelations).


On 11th December 1998, Barnabas witnessed a vision of Jesus coming down with a chalice, with a tongue of fire at the top. Divine rays flowed out of the chalice. Jesus said, “My children, receive this; this is My Blood, the Blood of your redemption. Open your Heart for My Great Seal.”Jesus explained that He wished to create a living tabernacle in our hearts to reside in it. The offering of a heart to Him is of great importance, since in the end times, when many tabernacles shall be desecrated and closed, it will be our hearts that keep the presence of Jesus in ourselves. The times ahead will also be of severe testing and suffering, as many have been prophesied to be spiritually blind and fall into the dragnet of the Antichrist. In order that we remain steadfast in our faith, the gift of the seal is also a source of strength and grace to draw from. (See the full text here).


On 7th May, 1999, Barnabas claimed to have recieved the following message from the Virgin Mary:

This was followed soon after by another message concerning the "Seal of God":


Jesus said to this effect on 9th July 1999:“Have your seal now so that you will not be dry, when you enter the desert of dryness. At that time, all of you who are sealed will be strengthened by My Most Precious Blood. Their weak souls shall be courageous.”Expiating on how a sealed soul is surrounded by heavenly hosts, Jesus said in the same message:“Rejoice O Jerusalem, for in you the tabernacle of My love was built. The ocean of My Most Precious Blood will flow out and renew the world. You are surrounded by the Hosts of Heavenly Angels, who will guard you day and night. No one has the power to destroy you again.” (See the full text here).


This vision obviously alludes to the sealing of the saints in the Book of Revelation, who are sealed with the name of God at the opening of the sixth seal:


After this I saw four angels standing at the four corners of the earth, holding back the four winds of the earth, that no wind might blow on earth or sea or against any tree. Then I saw another angel ascending from the rising of the sun, with the seal of the living God, and he called with a loud voice to the four angels who had been given power to harm earth and sea, saying, “Do not harm the earth or the sea or the trees, until we have sealed the servants of our God on their foreheads.” (Rev 7:1-3)


In the earlier post Our Lady of Assiut, we observed that the Virgin Mary appeared during her apparitions in Egypt in the year 2000 holding a small box shaped object in her hand. This vision recalls the Jewish practice of wearing phylacteries, which in turn is the primary inspiration of both the sealing of the saints, and its diabolical inversion in the mark of the Beast - which Fr Gobbi foretold would be implemented during this time period (which is 666 x 3 = 1998). And in the post Signs in the Sky, we have noted that each of the astronomical and geophysical phenomena described at the opening of the sixth seal in Rev 6:12-13 (during which the saints are sealed in heaven) occurred between the years 1999-2000.


We have already noted how the seal of God upon the foreheads of believers is based upon the Jewish practise of wearing phylacteries or tefillin. But it also has a partial background in the Book of Ezekiel:


Now the glory of the God of Israel had gone up from the cherub on which it rested to the threshold of the house. And he called to the man clothed in linen, who had the writing case at his waist. And the LORD said to him, “Pass through the city, through Jerusalem, and put a mark on the foreheads of the men who sigh and groan over all the abominations that are committed in it.”
(Ezek 9:3-4)

The Hebrew word for "mark" in the Book of Ezekiel is taw - which is a letter of the Hebrew alphabet. And in the ancient Paleo-Hebrew script which was used at the time of the Book of Ezekiel, the letter taw was written as a cross-shape. So the "mark" put on the foreheads of the righteous in Ezekiel 9 is the shape of the cross, which as the centre of salvation, was to become the universal symbol of Christianity. And to this day, Catholics are marked with the symbol of the Cross on their foreheads on Ash Wednesday, at the beginning of the season of Lent.

Another point worth noting is that during another vision in 2001, Barnabas Nwoye also saw the Beast of Revelation emerging from the sea:

Vision received on the 15th September 2001, VISION OF THE ANTICHRIST: During a five days reparation programme in the month of September: Jesus said, “Barnabas, look!” Barnabas relates, “Our Lord pointed to the east, I saw a huge beast with seven heads and ten horns coming out of the sea. As I was watching, the beast turned and formed into a man, looking like a soldier. At this time, the vision passed. I came back to myself.”

This vision is remarkably similar to the conclusions we have already covered in the posts The Fall of Satan and The Year of the Dragon, which show how many prophecies (including those of Pope Leo XIII and La Salette) have foretold this period as the point Satan would finally be thrown down from heaven. After Satan is cast to earth in Rev 12, we see him rise from the watery abyss in Rev 13 in the form of the seven-headed sea-beast - which symbolises the rise to power of the Antichrist. And subsequently the prophecy of the mark of the Beast is brought into effect.

Email ThisBlogThis!Share to TwitterShare to FacebookShare to Pinterest
Labels: 666, Fall of Satan, Fr Gobbi, mark of the beast, megatsunami, Our Lady of Assiut

Please, please keep up the posts Mr. O'Regan. May God bless you and keep you and may we all keep in mind the sacrifice of our Lord Jesus during this Lenten season.

I find it strange that Satan has only been thrown out of heaven at the turn of the millenium. I would have thought he would have been evicted immediately after the Fall with humans.

I know many church fathers believe that he was shown that one day he would have to worship God become man and refused to out of pride so fell like lightning but this would have also happened long ago assuming there is a certain relationship held between time on earth and eternity in heaven.

Apologies just noticed the link to the Fall of Satan in the post.

I know - a lot of people find it difficult to get their heads around the idea of the eschatological expulsion of Satan from heaven. It is clearly modelled after the primordial fall of Satan from his state of grace, but this event is differiatiated. I think this is why Pope Leo XIII's introduction of the St Michael prayer was so significant in relation to this event. It seems implicit that Leo XIII's St Michael prayer is a request for the intercession of St Michael in the explusion from heaven at the end of the period of 100 years - the time period he would be unleashed for "a little while" (Rev 20:3).

My understanding is that 'heaven' means 'the Church' in much of the Apocalypse. Satan - who has insinuated himself into the Church - will be expelled in the form of his servants who work within it to undermine and ultimately to destroy it.