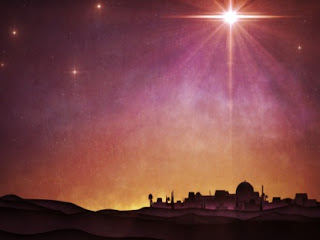 In the amount of time that has passed since my book Unveiling the Apocalypse was first published in 2011, there have been a number of significant events which bear direct relevance to the material it had originally covered.  In light of this, I have been prompted to expand the book considerably in a forthcoming second edition, which will be published early in the New Year. The whole book has been updated throughout, and I have included a new chapter comprised of over 20,000 words detailing the significance of several prophecies concerning a great cross of light appearing in the night sky over the Holy Land. In this new material, I show how the Early Church Fathers had expected that the Sign of the Son of Man mentioned by Christ in His eschatological discourse on Mount Olivet would unfold in the form of the supernatural appearance of the Cross of Golgotha over Jerusalem, in order to bring about the conversion of the Jews before the Second Coming of Christ. The Church Fathers believed that this event would be the ultimate fulfillment of the prophecy of Zech 12:

And I will pour out on the house of David and the inhabitants of Jerusalem a spirit of grace and pleas for mercy, so that, when they look on me, on him whom they have pierced, they shall mourn for him, as one mourns for an only child, and weep bitterly over him, as one weeps over a firstborn. On that day the mourning in Jerusalem will be as great as the mourning for Hadad-rimmon in the plain of Megiddo. The land shall mourn, each family by itself... (Zech 12:10-12)


The most famous of the prophecies concerning the appearance of a cross of light in the sky is perhaps that of St. Faustina:

Before I come as a just judge, I am coming first as the King of Mercy. Before the day of justice arrives, there will be given to people a sign in the heavens of this sort: All light in the heavens will be extinguished, and there will be great darkness over the whole earth. Then the sign of the cross will be seen in the sky, and from the openings where the hands of feet of the Savior were nailed will come forth great lights which will light up the earth for a period of time. This will take place shortly before the last day.


The expectation that the cross would appear in the sky at the end time to herald the Second Advent of Christ stretches back a lot further than the beginning of the 20th century however. St. Thomas a Kempis refers to this prophetic expectation in his Imitation of Christ, written in the 15th century:

"This sign of the cross will be in the heavens when the Lord comes to judge. Then all the servants of the cross, who during life made themselves one with the Crucified, will draw near with great trust to Christ, the judge."
(St. Thomas a Kempis, Imitation of Christ, Book 2 Chapter 12)


It was also mentioned in the writings of St. Thomas Aquinas:

“The sign of the cross will appear at the judgment, to denote not a present but a past weakness: so as to show how justly those were condemned who scorned so great mercy, especially those who persecuted Christ unjustly. The scars which will appear in His body will not be due to weakness, but will indicate the exceeding power whereby Christ overcame His enemies by His Passion and infirmity. He will also show forth His most shameful death, not by bringing it sensibly before the eye, as though He suffered it there; but by the things which will appear then, namely the signs of His past Passion, He will recall men to the thought of His past death.”(St. Thomas Aquinas, Summa Theologica, Question 90, Article 2, Reply to objection 2)

The equation of the Sign of the Son of Man with the appearance of a cross of light in the night sky over Jerusalem in order to herald the end of days goes back all the way back to the infant Church, and can even be found in the Didache - one of the earliest Christian writings outside of the New Testament:

For in the last days false prophets and corrupters shall be multiplied, and the sheep shall be turned into wolves, and love shall be turned into hate; for when lawlessness increases, they shall hate and persecute and betray one another, and then shall appear the world-deceiver as the Son of God, and shall do signs and wonders, and the earth shall be delivered into his hands, and he shall do iniquitous things which have never yet come to pass since the beginning. Then shall the creation of men come into the fire of trial, and many shall be made to stumble and shall perish; but they that endure in their faith shall be saved from under the curse itself. And then shall appear the signs of the truth; first, the sign of an outspreading in heaven; then the sign of the sound of the trumpet; and the third, the resurrection of the dead; yet not of all, but as it is said: The Lord shall come and all His saints with Him. Then shall the world see the Lord coming upon the clouds of heaven.
(Did 16:6-17)

The Early Church Fathers taught that the Sign of the Son of Man would precede the Second Coming of Christ in the same way that an advance guard would bear the standard of the king before he marched into battle. One of the most detailed accounts of can be found in the writing of the Doctor of the Church St. Cyril of Jerusalem:


This [Cross] shall appear again with Jesus from heaven; for the trophy shall precede the king: that seeing Him whom they pierced Zechariah 12:10, and knowing by the Cross Him who was dishonoured, the Jews may repent and mourn; (but they shall mourn tribe by tribe, for they shall repent, when there shall be no more time for repentance) and that we may glory, exulting in the Cross, worshipping the Lord who was sent, and crucified for us, and worshipping also God His Father who sent Him, with the Holy Ghost: To whom be glory for ever and ever. Amen.

Somewhat amazingly, St. Cyril had personally witnessed this phenomenon himself in the 4th century, in a circumstances which can only be said to have anticipated the future occurrence of this event.


On the nones (or 7th) of May, about the third hour, (or nine in the morning,) a vast luminous body, in the form of a cross, appeared in the heavens, just over the holy Golgotha, reaching as far as the holy mount of Olivet, (that is, almost two English miles in length,) seen not by one or two persons, but clearly and evidently by the whole city. This was not, as may be thought, a momentary transient phenomenon: for it continued several hours together visible to our eyes, and brighter than the sun; the light of which would have eclipsed it, had not this been stronger. The whole city, struck with a reverential fear, tempered with joy, ran immediately to the church, young and old, Christians and heathens, citizens and strangers, all with one voice giving praise to our Lord Jesus Christ, the only Son of God, the worker of miracles; finding by experience the truth of the Christian doctrine, to which the heavens bear witness." Letter of St. Cyril of Jerusalem to Constantius

In this new material, I will show how this is an integral component to interpreting the Secrets of Fatima, and that Scripture informs us that the appearance of the Sign of the Son of Man will immediately precede the occurrence of the eschatological earthquake in Jerusalem - which will serve as a warning to humanity of the impending Great Chastisement, culminating in the Final Passover of the Church during the persecution of the Antichrist. The Sign of the Son of Man is one and the same as the Great Sign seen in heaven described in Rev 12, and just as the Star of Bethlehem heralded the First Advent of Christ, the appearance of this great cross of light will usher in the Second Advent of Our Lord.


And a great sign appeared in heaven: a woman clothed with the sun, with the moon under her feet, and on her head a crown of twelve stars. She was pregnant and was crying out in birth pains and the agony of giving birth. (Rev 12:1-2)