The Third Secret: The Centenary of Fatima and the Sign of Jonah 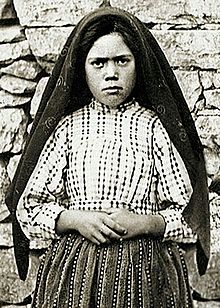 And what are we in comparison with those believers and saints who shall then exist, seeing that they shall be tested by the loosing of an enemy with whom we make war at the greatest peril even when he is bound?
(St. Augustine of Hippo, City of God, XX:8)

Certain events took place last year which my mind is still grappling to come to terms with. In 2017, some key components of my research on the subject of Catholic eschatology was suddenly propelled into the limelight, and a number of rather extraordinary events unfolded which gave me considerable pause for thought. It should be helpful to recap some of these events below in order to gain a sense of perspective (more for myself than anyone else). After my blog post The Sign of Jonah and the Binding of Satan was plagiarised by the hugely popular Protestant prophecy preacher Pastor Mark Biltz and subsequently went viral, racking up millions of views on YouTube, I attempted to contact several journalists in an attempt to bring to light that this material originated from my research, rather than Pastor Biltz.

Biltz's original video plagiarising my work in November 2016 can be seen below, and was later massively popularised by his publishers World Net Daily and Pastor Steve Cioccolanti, whose YouTube channels commands massive influence in the field of Protestant Rapture theology/dispensationalism.

Then a mighty angel picked up a boulder the size of a large millstone and threw it into the sea, and said “With such violence the great city of Babylon will be thrown down, never to be found again. (Rev 18:21)