Chapter Outline of the New Edition 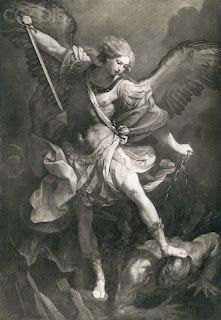 I'm in the final stages of preparing the revised version of my book for publication, and it should be available within the next couple of weeks. Given the fact that some substantial changes have been made, and the book is now doubled in length, it will be published under the new title Unveiling the Apocalypse: The Final Passover of the Church. I thought I would post the chapter outline here, so that readers can get a glimpse of what to expect concerning the changes that have been made in comparison with the older edition, and the amount of new material that has been added. While the first half of the book is still largely the same as the original, the second half is completely new material. The original material has also been updated throughout and expanded where necessary, and given the fact that a lot has happened over the last five years, a lot of these changes are quite significant.


The Prophecy of the Return


Christ on the Eschatological Restoration


The Prophecy of the Seventy Weeks

The Two Olive Trees of Zechariah


The Third Secret and the Persecution of the Antichrist


The Mercy Seat and the Blood of the Martyrs


The Secrets of La Salette


The Conversion of England


Gematria – the Original Meaning of 666


The “Mark” of the Beast


The Plague of Sores


The Message of the Third Angel


The Rise of the Locusts


The Horsemen of the Apocalypse


The Empire of the Last Days


The Rise of Secularism


The Seven Burning Mountains of the Book of Enoch


The Inundation of Ireland


The Fall of Babylon


The Visions of Bl. Elena Aiello


The Rod of God’s Chastisement


The Messages of the Three Angels


The Fall of Satan


The Crushing of Leviathan and the Sealing of the Saints


The Secrets of La Salette and the Turn of the Millennium


The Vision of Pope Leo XIII


The Short Time of Satan


St. Hildegard’s Vision of Sin within the Church


St. Augustine and the End of the Thousand Years


The Angel with the Keys to the Abyss


The Angels Bound at the Euphrates and the Wheels of Ezekiel


Our Lady of Knock and the Lamb of Revelation


The “Fourth” Secret of Fatima?


An Apocalyptic Date Contained in the Third Secret?


The Two Towers and the Signs in Heaven


The Tower of Babel and the New Pentecost


The Century of Martyrs


The Sacred Heart and the Example of the Kings of France


The Apocalyptic Nativity: A New Slaughter of the Innocents?


The Day of Mercy


The Shekhinah Glory and the Star of Bethlehem


The River of Life and the Conversion of the Jews


The Cup of God’s Wrath


The Day of the Lord


The Tree of Life and the Angel with the Flaming Sword


Sr. Lucia’s Vision of a Cross of Light


Cardinal Ratzinger on the Sign of the Son of Man


The Martyrdom of the Two Witnesses


The Great Monarch and the Sign of the Cross


The Day of Atonement


The Holy Trinity and the Signum Crucis


The Seal of God


The Period of Peace and the Reign of the Antichrist


The Image of the Beast


The Song of the Three Holy Children


The Song of Moses and the Angel of the Seven Thunders


The Pillars of Heaven