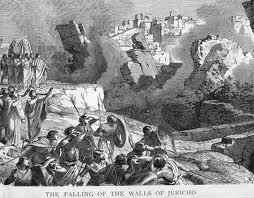 Throughout the Bible earthquakes are specifically associated with theophany, but none more so than the last seismic event to trouble humankind. We find an early reference to this event in the Book of Ezekiel, which connects this event to the battle of "Gog and Magog", which is referred to as Armageddon in the Apocalypse:

On that day there shall be a great earthquake in the land of Israel. The fish of the sea and the birds of the heavens and the beasts of the field and all creeping things that creep on the ground, and all the people who are on the face of the earth, shall quake at my presence. And the mountains shall be thrown down, and the cliffs shall fall, and every wall shall tumble to the ground. I will summon a sword against Gog on all my mountains, declares the Lord GOD. Every man’s sword will be against his brother
(Ezek 38)

The Book of Zechariah explicitly associates this event with the coming of the Messiah:


Behold, a day is coming for the LORD, when the spoil taken from you will be divided in your midst. For I will gather all the nations against Jerusalem to battle, and the city shall be taken and the houses plundered and the women raped. Half of the city shall go out into exile, but the rest of the people shall not be cut off from the city. Then the LORD will go out and fight against those nations as when he fights on a day of battle. On that day his feet shall stand on the Mount of Olives that lies before Jerusalem on the east, and the Mount of Olives shall be split in two from east to west by a very wide valley, so that one half of the Mount shall move northward, and the other half southward. And you shall flee to the valley of my mountains, for the valley of the mountains shall reach to Azal. And you shall flee as you fled from the earthquake in the days of Uzziah king of Judah. Then the LORD my God will come, and all the holy ones with him.
(Zech 14:1-5)

And the same theme can be found in other Old Testament passages such as the Book of Haggai:

The Book of Joel also associates this event with the Second Coming of Christ and the battle of Armageddon, which takes place at the Valley of Jehoshaphat - which in Hebrew means "the Valley of God's judgment":

“For behold, in those days and at that time, when I restore the fortunes of Judah and Jerusalem, I will gather all the nations and bring them down to the Valley of Jehoshaphat. And I will enter into judgment with them there, on behalf of my people and my heritage Israel...

Proclaim this among the nations:
Consecrate for war; stir up the mighty men. Let all the men of war draw near; let them come up.
Beat your plowshares into swords, and your pruning hooks into spears; let the weak say, “I am a warrior.” Hasten and come, all you surrounding nations, and gather yourselves there. Bring down your warriors, O LORD. Let the nations stir themselves up and come up to the Valley of Jehoshaphat; for there I will sit to judge all the surrounding nations.
Put in the sickle, for the harvest is ripe. Go in, tread, for the winepress is full. The vats overflow, for their evil is great. Multitudes, multitudes, in the valley of decision! For the day of the LORD is near
in the valley of decision.
The sun and the moon are darkened, and the stars withdraw their shining. The LORD roars from Zion, and utters his voice from Jerusalem, and the heavens and the earth quake. But the LORD is a refuge to his people, a stronghold to the people of Israel.
(Joel 3:1-2, 9-16)

However the most important of the descriptions of the eschatological earthquake appears in the Book of the Apocalypse:

The seventh angel poured out his bowl into the air, and a loud voice came out of the temple, from the throne, saying, “It is done!” And there were flashes of lightning, rumblings, peals of thunder, and a great earthquake such as there had never been since man was on the earth, so great was that earthquake. The great city was split into three parts, and the cities of the nations fell, and God remembered Babylon the great, to make her drain the cup of the wine of the fury of his wrath.
(Rev 16:17-20)

In Unveiling the Apocalypse, I argue that the geophysical instability caused by this eschatological earthquake is directly linked with the collapse of Cumbre Vieja. If we look at the above verses, a pattern begins to emerge. In Ezek 38 above, the eschatological earthquake causes mountains and cliffs to be thrown down (the "great mountain, burning with fire" of Rev 6?) and precipitates a world war (every man's sword will be against his brother). In Joel, God himself enters into judgment, with his voice causing a huge earthquake, and the nations gather in "the Valley of Decision" for the eschatological battle. And in Rev 16, the eschatological earthquake causes the "cities of the nations" to fall, and God remembers to punish "Babylon the great".
Geophysicists now recognize that earthquakes can boast magmatism in areas of volcanic activity, and use seismic events as indicators of potential volcanic eruptions (see here). So it is theoretically possible that this, the greatest earthquake known to human civilisation (which is centred on the area around Jerusalem), will greatly increase magmatism over a vast area. Volcanic eruptions could soon follow this event, and if it was to trigger an eruption in the Canary Islands, the ensuing mega-tsunami would devastate the east coast of the Americas, thus creating the geo-political conditions necessary for the rise of the Antichrist and battle of Armageddon.

This post is continued at The Eschatological Earthquake Part II

Email ThisBlogThis!Share to TwitterShare to FacebookShare to Pinterest
Labels: megatsunami, the eschatological earthquake, the Second Coming

http://youtu.be/DvURsmCGGhI Watch this video on Youtube : Gog U Magog the last war

It will give you goose bumps.
Rita