Daniel and the Jewish Restoration 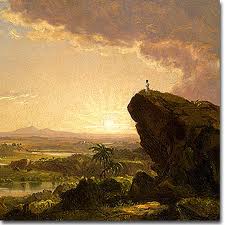 
The belief that the restoration of the modern State of Israel was prophesied in Scripture is well known. There are various passages throughout the Bible which necessitate the existence of the nation of Israel at the end-time. The Book of Ezekiel for example speaks of a gathering of the scattered peoples of Israel during the "latter years" - which is biblical parlance for the end-times.


After many days you will be mustered. In the latter years you will go against the land that is restored from war, the land whose people were gathered from many peoples upon the mountains of Israel, which had been a continual waste. Its people were brought out from the peoples and now dwell securely, all of them. (Ezek 38:8)


Perhaps the most famous prophecy of the Jewish restoration is to be found in the Gospels. When Jesus cursed the fig-tree, it was understood to represent the Jewish nation in Palestine, which would wither away due to their rejection of Christ - the "stone that the builders rejected" (Pslam 118:22):


And seeing a fig tree by the wayside, he went to it and found nothing on it but only leaves. And he said to it, “May no fruit ever come from you again!” And the fig tree withered at once. (Matt 21:19) 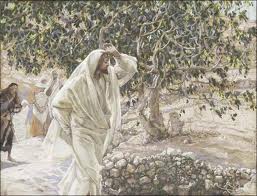 After the destruction of the Temple and the Jewish revolt led by Simon Bar Kochba, Jerusalem was levelled by the Roman Empire and turned into the pagan city Aelia Capitolina. There would be no significant Jewish presence in the land of Palestine until the formation of the Zionist movement during the 19th century. Yet while Jesus cursed the fig tree, causing it to wither, he made a promise during his Olivet discourse that the fig tree would once again put forth its leaf before His Second Coming:


"From the fig tree learn its lesson: as soon as its branch becomes tender and puts out its leaves, you know that summer is near. So also, when you see all these things, you know that he is near, at the very gates". (Matt 24:32-33)


As I show in Unveiling the Apocalypse, there appears to be another prophecy of the Jewish restoration contained in the Book of Daniel:


"As for me, Daniel, my spirit within me was anxious, and the visions of my head alarmed me. I approached one of those who stood there and asked him the truth concerning all this. So he told me and made known to me the interpretation of the things. ‘These four great beasts are four kings who shall arise out of the earth. But the saints of the Most High shall receive the kingdom and possess the kingdom forever, forever and ever.'" (Dan 7:15-18)


Although there may be some preterist elements in this portion of the Book of Daniel, the primary focus of the narrative is undoubtedly set at the end-time. Like the Book of Revelation, Dan 7 shifts its settings between the Second Coming (the appearance of the apocalyptic "Son of Man"), the Last Judgment, and the restoration of a kingdom to "the saints of the Most High".
For the original author of the Book of Daniel, the "saints of the Most High" referred specifically to the Jewish people, and on one level this was a prediction of the victory of Judas Maccabus over the Seleucid ruler Antiochus IV Epiphanes, which once again gained independence for the Jews in the Holy Land. So on a futurist perspective, does this indicate that the "saints of the Most High" still refers to the Jewish people at the end-time? If so this would be yet another biblical prophecy of the end-time Jewish restoration, and would help give us a critical insight into a large portion of the Book of Daniel, helping us to identify some of its key figures - including the four beasts and the infamous Antichrist-type figure known as the "Little Horn". As we shall discuss in a future post, there are many similarities between this figure and the "False Prophet" of the Book of Revelation, which suggests that they refer to one and the same individual.
So the existence of the modern State of Israel, which came into being in 1948 (exactly 1,260 years after construction began on the Dome of the Rock - see my earlier post The Abomination of Desolation) appears to be in some way preordained. It is certainly one of the most destabilising elements in current world politics, with the present tensions between the Arab and Western worlds revolving chiefly around the Israeli problem. Like the mythical phoenix, this once defunct nation has risen from the ashes of the Holocaust in a flame of fire - a fire which threatens to consume the planet.
The Bible tells us that the last great battle fought by humankind will be fought in Israel on the plains of Megiddo and the valley of Jehoshapat (which means "God judges") - the location of Armageddon. A future invasion of Israel by the surrounding Arab nations which would become almost inevitable without the protection offered by its chief ally - the United States of America. If America was toppled from its superpower status by the devastating effects of a mega-tsunami, Israel, and the rest of the world, would find itself in a dire situation indeed.
Posted by Emmett O'Regan at 18:42

I often wonder if there needs to be a distinction in old testament prophecy drawn between Judea and Israel. I am not sure. We know that the kingdom was divided. So it could be that some of the old testament prophecy around Israel pertains to other nations who were peopled by the tribes of Israel and some may pertain to Judea or the restored nation of Israel.

I wonder if you have given this possibility much thought?

So we started out with 12 tribes. I believe the split was 10 tribes of Israel in one kingdom and two tribes in Judea. Correct me if I am wrong.

It could be that much of Europe and America via Europe are identified in old testament prophecy as Israel as opposed to the new Nation of Israel.

Just some food for thought. If this were the case, the western world would face a similar threat as the new Nation of Israel.

I hope I didn't lose you on this point.